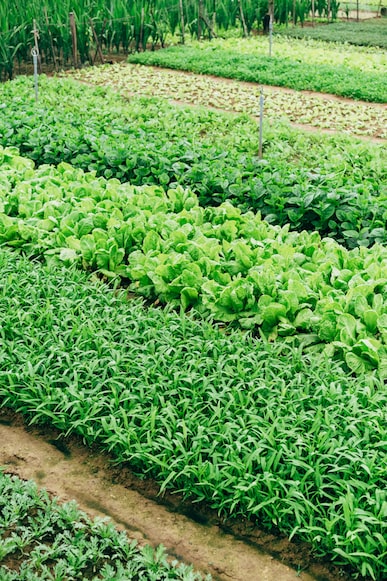 You’ve barely discovered what hydroponics is when you hear that intriguing new word: aeroponics. This is formula 1 of cultivation methods . Don’t wait any longer, read on to find out what aeroponics is.

Aeroponic systems nourish plants with a nutrient-rich mist. This concept is inspired by hydroponic systems where the roots of the plant are generally contained in an inert substrate such as clay balls. In aeroponics, these roots are suspended in a space filled with air. They are periodically misted, sprinkled to prevent them from drying out. This results in a spectacular development of the plants.

Eliminating the growing medium really allows the root system to develop faster thanks to the good oxygenation. Aeroponic systems also consume less water than other traditional systems. It is estimated that a closed-loop aeroponic system would save as much as 95% water compared to growing in soil. Since the plants are healthier in a more or less controlled environment, the amount of insecticide and pesticide used is drastically reduced during cultivation.

The other advantage of aeroponics is to be able to produce impressive yields with little space. Just like hydroponics, vertical systems can be used to further maximize the yield from a given area. This is already the case in many large cities around the world where space is tight and costs keep rising over time.

…as well as its disadvantages

Of course, there are also some disadvantages to this formula which seemed quite magical. Indeed, aeroponic systems certainly make it possible to obtain extraordinary results, but on condition that all parameters are perfectly controlled. In aeroponics, the slightest breakdown can put an end to your green adventure. In addition, the nutrient solution must be strictly controlled in order to keep nutrient levels stable according to the needs of the plant. Over time, certain minerals can also clog the pumps and other accessories essential to the good performance of a culture.

It is also worth mentioning the two types of aeroponic system: low-pressure and high-pressure. Low-pressure aeroponics uses a normal water pump to water roots suspended in an oxygen-saturated space. This type of system is often appreciated by amateurs and beginners for their ease of construction and use in everyday life and their low cost. In addition, the results are just as good as in conventional hydroponics but remain inferior to high-pressure aeroponics.

For high-pressure aeroponics , the equipment needed to start requires a larger investment. The tank is pressurized and the special water pump releases tiny drops of water as a mist. These drops of water are easily assimilated by the root system, which moreover is slightly different compared to a traditional hydroponic plant root system.

What can you grow aeroponics?

In theory, anything can be grown aeroponics. The simplest is of course leafy vegetables such as spinach or lettuce. Once the aeroponic system has been mastered, we can focus on slightly more vigorous and picky crops such as tomatoes, cucumbers or strawberries. Depending on the design of the system used, root vegetables may even lend themselves to this. Trees such as chestnuts, coconut palms and baobabs should be avoided for very obvious reasons.

What future for aeroponics?

At a time when the world’s natural resources are being consumed faster than they can be replenished, aeroponic cultivation seems to be emerging as a viable solution for producing food by bypassing environmental constraints. Areas where fruit and vegetable production is currently unimaginable could finally have the chance to produce their own food for less than it imports. However, this technology being still recent and requiring a quasi-artificial environment, it is difficult to see how those with less means could get started. One thing is certain, the industry is growing and this should normally contribute to lower prices related to aeroponic cultivation in the long term.

admin Follow
« Growing basil in hydroponics
The benefits of hydroponics »

Evolution of hydroponics: from the Aztecs to the conquest…

The benefits of hydroponics